"…the victim of dope in the incurable form of hope." -Ogden Nash

Back in The Olden Days:

Staring Down the Pink Elephant

“If you judge people, you have no time to love them.” –Mother Theresa

On March 27, 2011, my life officially changed in an incredibly dramatic way.  I stayed for hours after church, hesitant to go home, and hesitant to make a commitment.  I stared back and forth at the pulpit and the exit, long after the service had ended and everyone, except for 2 friends and myself, had gone home.  Every time I looked at the doors, as much as I didn’t want to admit it, face it, or act because of it, I knew if I walked out those doors without God, I would die.  The pain was like a wrench in my gut, twisting with the thought of making that decision.  I didn’t want to lose myself, and as much as I felt like I wanted to die in that moment, I knew the truth was that I wanted to live.

I had stayed after service, hurling questions and arguments at the pastor, who mostly left it up to me, to look inside myself for the answers.  He knew that nothing he could say was going to be easily accepted by me.  And this had been the truth since the moment I had first stepped into this crowd of people who would become my family.

When the moment finally came, it was almost midnight.  In the following weeks, I would buy a little plaque that said “Even miracles take a little time” from the disney film Cinderella.  Without knowing what I was diving into, I dove, because I realized that if I wanted to live, I didn’t have a choice. 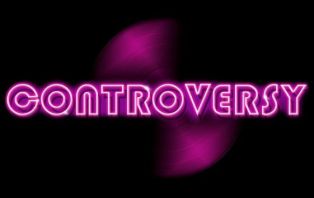 The fact of the matter is, though, that I don’t take commitments lightly.  If I say that I am going to do something, I do it.

In the months that have followed, the transformation has taken over, and my life doesn’t even resemble what it looked like a year ago.  I am living in a different home, city, and state, with different friends, a different church, a different perspective, and a different way of living.

When I opened my mind to a church that truly conveyed a life modeled after that of Christ, it was a battle.  I always had this concept “well, if they really followed Christ, it would look like this…”  The difference was, this church actually embodied that.  Did I cut them any slack because of it?  Ohhhhhh no, definitely not.  I gave them hell for dragging me there.  I sat on my seat, arms crossed, scowl painted firmly on my face.  When they sang, I didn’t move.  When they greeted each other, I didn’t move.  Did that make a difference?  No.  They treated me, from the very first moment, like I was family, and that never wavered, even when they learned of our differences.

I wish I could say that churches like that are common, but they are the minority.

I came in with all of my doubts and anger.  I was drowning in resentments of what churches had done to me and my loved ones for years and years.  I hurled this resentment toward these innocent people with my laser beam death stare, and they never once treated me differently.

Eventually, I had a realization.  I expected these people not to judge me.  That is what real Christians would do.  But what about me?  Shouldn’t I be willing to do the same for them?  Why was I taking out all of this resentment on people who had never harmed me.  I judged them before I had a chance to walk through the door, accusing them of judging me.  That was my hypocrisy wake up call.  I had to give them a chance, if I expected that of them.

“Do not condemn the judgement of another because it differs from your own. You may both be wrong.”  –Dandemis

That is when I realized that they were actually everything I had always thought churches should be. 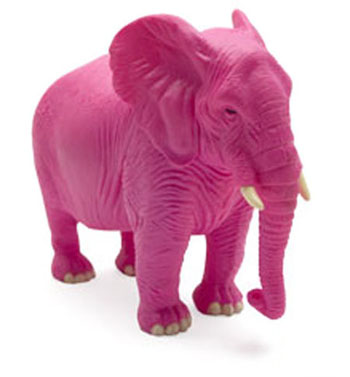 I wish I could say that the judgments stopped from that moment, but as I have grown in my faith, I have noticed the other side of my friend pool shift.  They don’t directly tell me they hate me, but they definitely are weirded out and leery of this change in me.  As though the fact that my newfound relationship with God gives me a reason to live, just isn’t a good enough excuse.  I have, as of late, felt incredibly judged by a lot of my friends who are atheist or agnostic.  They are immediately on the defense with me, as though I am going to show up on their doorstep with a pamphlet.  As much as I understand that feeling, I don’t understand it coming at me.  I am not suddenly a horrible person because I believe differently.  I have started to realize that I feel far more judged now than I ever did when I was spiritually ambiguous.  The funny part is that, though I do have some strong specific beliefs, I am still spiritually ambiguous in a lot of ways.  And as for the current religious/political blur, none of my political beliefs have changed.  In fact, I would say I stand stronger in my political beliefs than I did before, because I believe that, although they are not the norm in my spiritual community, they have been distinctly placed on my heart for a reason.

I guess that, although so much of my life has changed, the only parts of me that have changed were the parts no one wanted here in the first place.  I am not destructive anymore.  I am not as selfish.  I am working hard to live a productive life.  I stay focused on ensuring that I am being kind to myself and to others.  I am learning balance.  I am implementing self-care.  I am capable of so much more.  I am grateful for each day, and I genuinely want to live it.

So yeah, something HUGE changed, but it didn’t change my heart.  My heart is in the same place, I am just learning how to put it into action.  I am learning to act upon the passions that have driven me all this time, and to grow and heal so that I am capable of doing that work.

So this is for those of you out there who think I have been brainwashed or suddenly became incredibly stupid.  This is not the case.  I heard that your IQ starts declining at 25 anyway, so maybe that part is true.  I’m just not the asshole I used to be.  And the truth is, that I am thankful for all of my friends.  For those who do not need a God to give their lives meaning, I do not judge.  I have learned in AA that living a life without a higher power is just a prerogative that some of us do not have the luxury of indulging in.  I need God to take a step further in this life, to march on.  The passions I have for change to come about in this world, are not efforts that I can make alone.  I will surely need God behind the work I want to do for our world in order to make it a safer, more beautiful place for each and every one of us to thrive.

“We can never judge the lives of others, because each person knows only their own pain and renunciation.  It’s the one thing to feel that you are on the right path, but it’s another to think that yours is the only path.”