"…the victim of dope in the incurable form of hope." -Ogden Nash

Back in The Olden Days:

Dying to Wake Up The Child Within

Saturday, September 22, was the 3 year anniversary of when I was raped… most recently. Let me explain. This was not the first time. I have a long history of surviving these experiences, starting as early as the ages of 3 and 5. And this is not uncommon. Many people, especially those who started their lives as victims, are victimized again. Predators have a keen sense of who would be a good victim, and those who were victimized in their formative years know no other way of being. It has taken nearly a decade of intense therapy to unlearn the things that I was taught as a child victim.

I hear a lot of people substitute the word “survivor” in place of “victim.” In the years that you are just surviving, this is very accurate. You’re a victim when it happens, and a survivor in whatever you do afterwards to keep yourself alive, moving forward. I developed addictions, an eating disorder, and other self destructive behaviors to survive. My brain could not cope with reality. How could it? Reality was a living nightmare. Pure hell. These are the things I did to survive. To kill this thing inside of me. To get by despite it all. I thought I was doing pretty well. I didn’t realize the extent to which these experiences were destroying my life, until my behaviors came to a head. It was life or death from there. Keep doing what I was doing and let it kill me, or fight and as a result, live. My problem was, I didn’t want to live. I had no interest in it whatsoever. Which is why I nearly died numerous times. But there was some sort of secret spark in me. It was the bane of my existence, and it wanted me alive, when every other part of me wanted to die. It was my incurable hope. And thus, this blog was born, to document it. To explore it.

Today, I don’t see myself as a survivor. I am beyond that. I use the terminology, because it is what people are familiar with. Today, I am a thriver. My life, my success, my flourishing, is my big “fuck you” to everyone who hurt me. Though, today, I’m not angry or bitter. I let that go. It was too heavy. I punished myself with it long enough, believing that I was somehow punishing them by doing it. All I knew was someone had to pay. But I forgive myself for that now. I didn’t understand. I forgive most people, but contrary to popular belief, forgiveness is not necessary for healing. Some things, only God can forgive. I am only human. Today, my heart hurts for that little girl, for every little girl still living and suffering. Not just those who are still being abused, but those who are now grown women, with little girls still trapped inside, reliving it daily. Punishing themselves for the acts of others.

Look, I’ve come a lot further than a lot of former victims ever do. I’ve been blessed. But I do know this: I am supposed to share my experience so that the others know it is possible to not just survive, but to thrive. To use the pain as fuel. To live your meaningful lives. These are things you CAN overcome. As a matter of fact, there’s now even a name for that: posttraumatic growth. And you can achieve it. I promise you, you can.

I don’t want to make it seem like these these things won’t affect you for the rest of your life. They never go away. They will always hurt. At times, they still haunt me. But it is possible to get to a place where they no longer control you. Where they do not shake you. Where you can observe them from a distance that will prevent you from broken by them every. single. time. You’re heart can hurt for the child within, but you will be equipped to comfort her with the compassion you never received. You. Can. Heal. And you can help others do the same. Once you find that love for yourself, you will want to share it with others. ALL of us who were victimized deserve that.

The shirt I made in treatment in 2012 for The Clothesline Project.

My Sister and Me at a local suicide prevention race. 🙂

It Really DOES Get Better

Take it from someone who has been there, it really does get better.

For those of you who don’t know the It Gets Better Project all started in 2010 when Dan Savage, in response to a rising number of suicides linked to bullying, made a youtube video with his partner to inspire hope for young people facing harassment.

The idea is great, but I also believe it is universal.

It doesn’t just apply to lesbian, gay, bisexual and transgender youth, nor victims of bullying or high school students.

Whoever finds this post and is struggling:  It really DOES get better.  I promise.

I’ve recently been following the heartbreaking story of Rehtaeh Parsons, a young woman who was raped, then bullied until she decided to take her own life.  I wish this message had found her.  Because it does get better, even for those of us who have lived through the most devastating, terrifying, and degrading form of violence there is.  Even for Rehtaeh, it could’ve gotten better.

I’m in tears as I write this, because I didn’t make it to this conclusion for lack of trying to kill myself.  I had two life-threatening attempts, but somehow lived to know that these things come out on the other side. 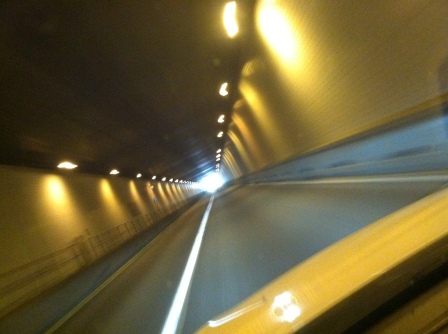 the light at the end of the tunnel

Life isn’t as hopeless and painful as it can, at times, feel.  I know there is plenty of pain to be felt, and despair to be trudged through, but I know something else too.  I know that as dark as it can get, it can get that much brighter.  I know that these feelings that consume, even they will fade away and make place for new ways of feeling.

I used to be so certain that the darkness would last forever.  For me, it was a good 28 years or so before the clouds started to part and make way for light.  I can look at that time now and understand what growth came from it.  I know that I am that much stronger because I went through it.  And I see now how my experience can benefit others.

That’s everything this blog is about.

Sometimes, in my darkest moments, I had a twinge of hope that kept me alive, even when I wanted so badly to die.  My hope plagued me, because it seemed to work against all the hurt I knew in my life.  I just wanted to let go, and sometimes, I did.  But I know something about that nagging particle of hope still imbedded somewhere deep within.  It was a glimpse.  It was a glimpse at what could be.  And for me, what now is.

I wish Rehtaeh could’ve known this.  There are so many people out there right now, who I wish could know this.  I don’t even know your names.  I didn’t even know Rehtaeh, but right now, I cry for her like she was a dear friend.

If you’re looking for some shred of hope, a reason to stay alive, I pray the words of this stranger can be that for you.

I don’t believe suicide is selfish or wrong, because I know it is not an act entered into lightly.  I know the despair it takes to bring you to that decision.  But it cannot be an option, because your life has worth, and meaning, even if you don’t believe it.  The anguish doesn’t become extinct through your death, it is simply passed on to others.  To those you loved most.  No, the anguish is defeated only through living a meaningful life.  Through sharing your struggles with others.  Through finding your joy.

None of us are as alone as we sometimes feel.

It really DOES get better.  I promise. 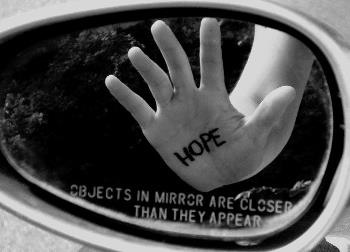 Contact the American Foundation for Suicide Prevention for more resources.

Plenty of people are waiting to help you at any time.